Phoenix - The 2nd Annual Security Officer Appreciation Week is Sept. 18-24, and we at Blackstone Security Services, Inc. are taking notice.

The occasion is relatively unknown because it is so new, but is rapidly gaining recognition among security professionals, their families, clients and supporters.

The National Security Officer Appreciation Week was established in 2015 to recognize the many contributions security officers make to our lives daily. This includes private contract and in-house security across all industries. The appreciation week is also an opportunity to profile the many roles security officers fill, debunk stereotypical images and other misconceptions and raise awareness of the career opportunities available in the security industry. 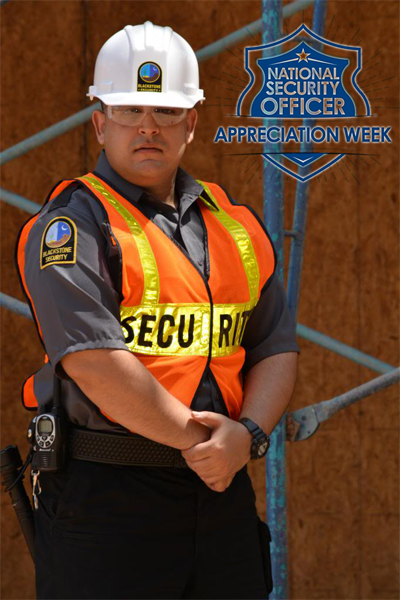 Swindall said private security officers are the true first responders to emergencies and enhance the effectiveness of emergency service providers when they arrive on the scene. He said 9-11 placed a critical emphasis on the role of security officers, their training and the dangers they face.

“Security officers provide a vital service to governmental, commercial and residential property owners and the general public,” Swindall said. “During this week, we should all do something to show our appreciation for their dedication to the services they provide. A simple ‘thank you’ will do.”

Blackstone Security Services, Inc. is an award-winning and nationally recognized private security company headquartered in Phoenix, Arizona. Since we opened offices in El Paso in 2009, Blackstone has worked with a number of military veteran-oriented placement groups to provide jobs to military veterans. Blackstone has won awards for business ethics, been recognized three of the past four years as one of America’s 5000 fastest-growing private companies by Inc. Magazine, which also presented Blackstone with its “Hire Power’ award as one of the nation’s top job creators. Blackstone President & CEO Dan Swindall has written a monthly column on corporate security and was named CEO of the Year by C-Level Magazine, which caters to Corporate Executives. Mr. Swindall is in his fifth year as Chair of the Board of Officers for the Arizona Private Security Professionals’ Association and is a member of the Arizona Private Investigator and Security Guard Hearing Board. Blackstone is active in ASSIST in Texas, The New Mexico Private Security Association, the Professional Association of Contract Security Companies in Utah and CALSAGA in California. Our motto is ‘the secret of Blackstone Security is in our people,” because it is.